Professor Di Li, Chief Scientist of the Radio Division at Chinese Academy of Sciences, recently visited Australia for a month as part of the ACAMAR Visiting Fellowship program. During his time in Australia, Professor Li visited The University of Sydney, CSIRO Mansfield, and The University of Tasmania.

When asked about his experiences, Professor Li commented that there were many positive outcomes as a result of his visit, one of which took the form of a paper recently published by the Monthly Notices of the Royal Astronomical Society. See the online version here.

The paper is titled, The M31/M33 tidal interaction: A hydrodynamic simulation of the extended gas distribution, and was co-authored by Joss Bland-Hawthorn and Thor Tepper-Garcia from The University of Sydney. Professor Li stated that one of his greatest motivations for applying for the Visiting Fellowship was the opportunity to work with galaxy experts who are doing simulations in his field of study at University of Sydney.

Unfortunately, while Professor Li was not able to make his scheduled trip across to Perth (due to an emergency meeting he needed to attend in Beijing), his other visits to CSIRO Mansfield and The University of Tasmania were also extremely positive. While in Tasmania, Professor Li collaborated with Professor John Dickey, assisting Professor Dickey and his team with the design of a small-sized antenna they have recently received a grant to build on site at the university. At CSIRO Mansfield, Professor Li also collaborated with the Pulsar Group that included George Hobbs and Dick Manchester.

All in all, Professor Li believes that the experiences he has while in Australia were very valuable and would encourage others to take advantage of ACAMAR’s Visiting Fellowship program.

AAL would like to thank Professor Li for his time in speaking to AAL for the purposes of this story. 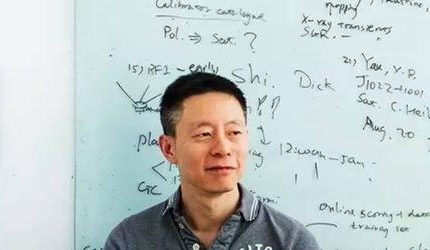 My ACAMAR experience was very positive…having an extended period of time to visit these institutions and work with colleagues in my field of study was very useful, rather than attempting to fit all this in while visiting for conferences.

Any enquiries regarding ACAMAR Visiting Fellowship should be directed to:

ACAMAR would like to acknowledge the financial support from the Department of Industry, Science, Energy and Resources (DISER), ICRAR and CSIRO.