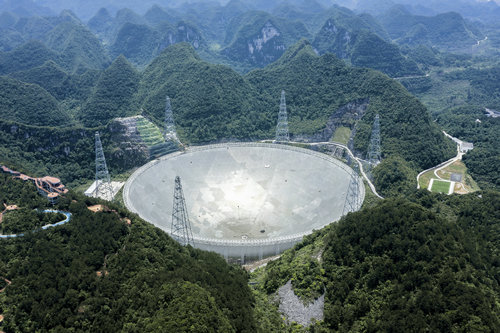 Australian and Chinese researchers have teamed up to take a first look at the deepest data yet taken with the giant Five-hundred-meter Aperture Spherical radio Telescope (FAST) in Guizhou province in China.

The telescope, colloquially named Tianyan (天眼) or ‘Sky eye’, is the largest aperture radio telescope ever built, and has great sensitivity to distant, faint galaxies. This is helped by a 19-beam receiver built by Australia (CSIRO). Cooled down to 20 degrees above absolute zero, the combination of this highly sensitive receiver with the giant aperture of FAST makes the telescope also the most sensitive radio telescope ever built.

The FAST Ultra-Deep Survey (FUDS) team, which consists of Hongwei Xi, Bo Peng and Bin Liu from the National Astronomical Observatories (Chinese Academy of Sciences), and Lister Staveley-Smith and Dr Bi-Qing For from the International Centre for Radio Astronomy Research (University of Western Australia) has used techniques developed from similar studies with the Parkes radio telescope (also known in Wiradjuri language as Murriyang, or ‘Sky World’) to better understand and calibrate the data, and pick out the faint 21-cm signals emitted by hydrogen atoms in galaxies.

The first research paper, describing strategy and methods has been published in the Publications of the Astronomical Society of Australia. A second research paper, which describes the properties of the first 128 distant galaxies to be detected, is also being readied for publication. It is expected that at least 1000 galaxies will be detected in the survey, and that new discoveries will be made about the evolution of galaxies and the history of gas accretion and outflow in galaxies. 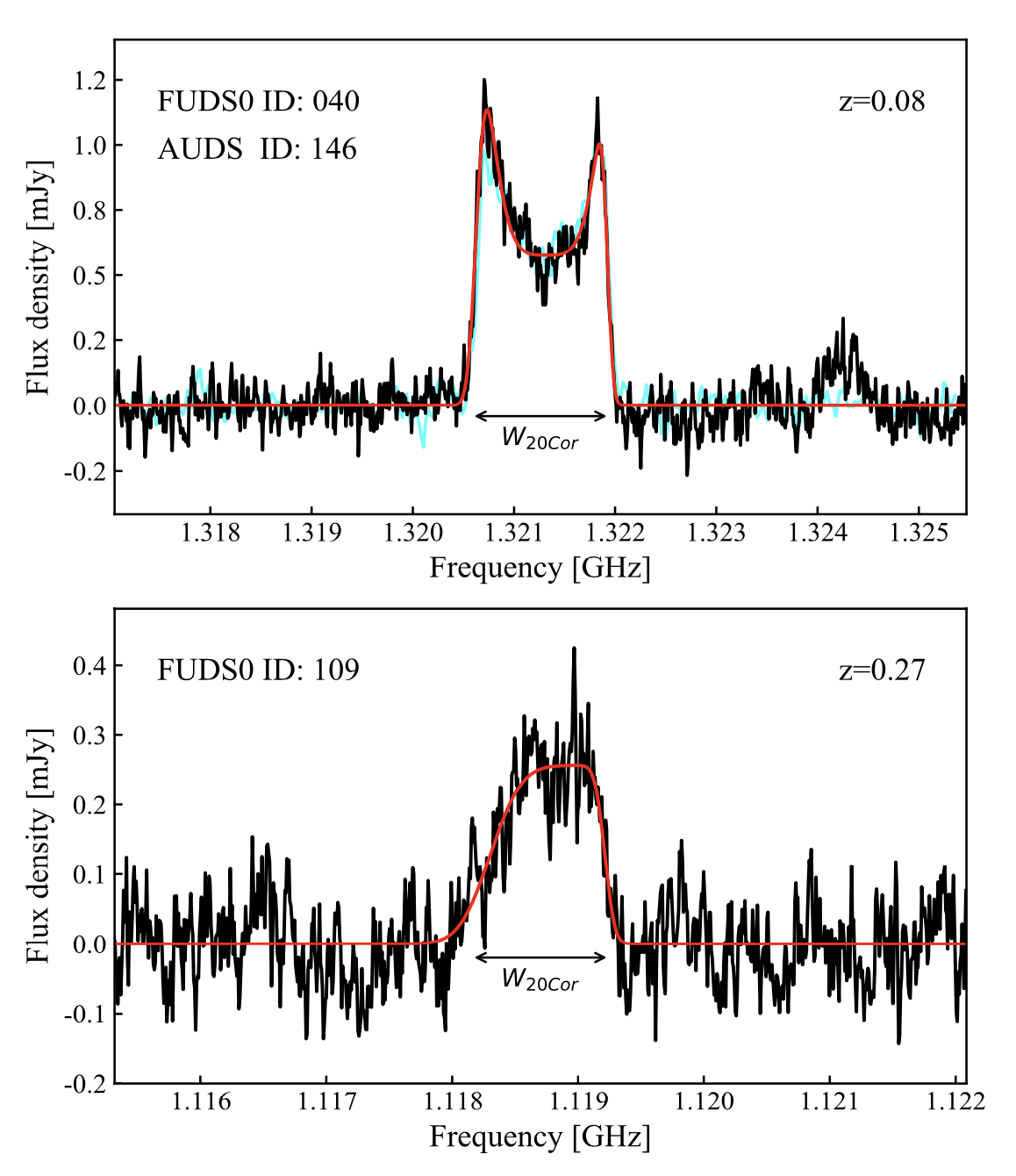 Example spectra of two galaxies detected in the FUDS0 field (black lines). The ID and redshift are given in upper left and right corners, respectively. A Busy function is used to fit the spectra (red lines). The galaxy the upper panel is also detected in AUDS. The AUDS spectrum is overlaid (cyan line), and its AUDS100 ID is shown in the upper left corner. In the lower panel, we show an example spectrum of a galaxy at z = 0.27, which is beyond the AUDS redshift limit of 0.16.